Indy’s momentum has gotten the attention of national media from Condé Nast Traveler to Food & Wine, and earned the city USA Today’s “#1 Convention City in the U.S.” honors. Numerous major developments have the city continuously evolving and moving forward. 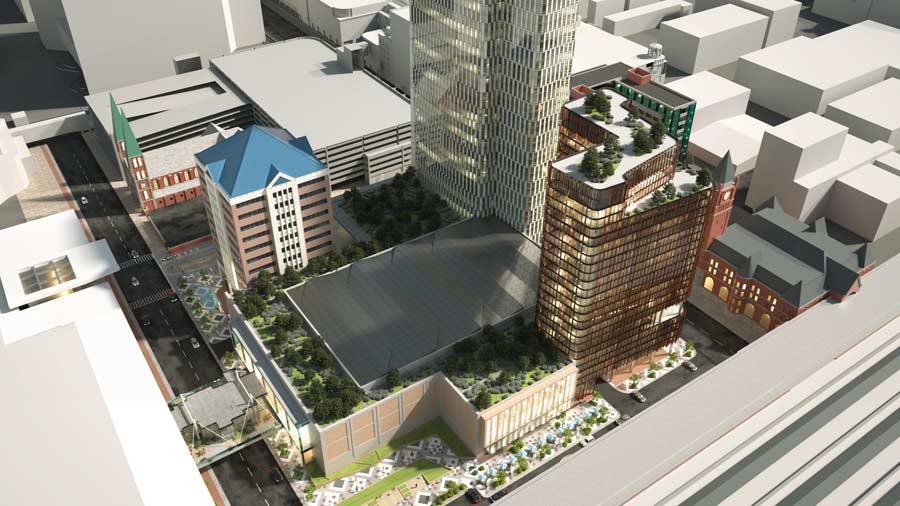 Indy will soon welcome a 235,000 square foot expansion of the Indiana Convention Center and an additional 1,400+ rooms connected to the center with two Hilton-affiliated branded towers. The convention center expansion will include a 50,000-square-foot ballroom (the state’s largest), 30,000 square feet of meeting rooms, and 40,000 square feet of pre-function space. The sky bridge connecting the hotel towers and expansion to the center will offer an additional 9,200 square feet of indoor/outdoor function space.The first Hilton-affiliated tower will stand 38 stories tall, offering 814 rooms, a sleek addition to the city skyline, and expansive views of downtown from a top-level sky bar. The adjacent tower will complement nearby historic architecture but with a modern design, and offer 600 guest rooms.

The project is expected to be completed in late 2022, and alongside the other hotel developments in the downtown pipeline, will bring the total number of rooms within walking distance of the convention center to more than 10,000. Indy already touts the most hotels and hotel rooms connected by enclosed skywalks into a center in the U.S., and this expansion will boost those numbers to 14 properties and 6,100+ hotel rooms all under one roof. 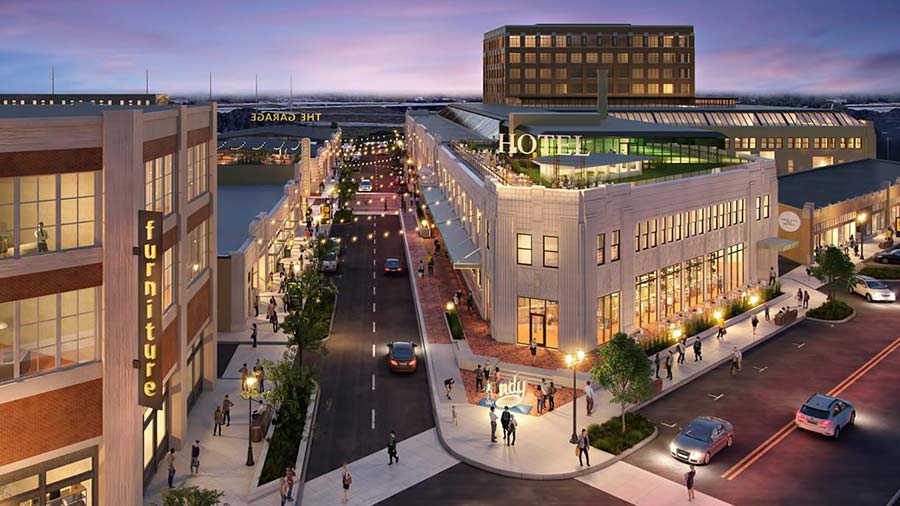 In addition to the 1,400 highly anticipated rooms connected, another 1,800 are in the pipeline for downtown Indy, representing boutique brands like the country’s first West Elm Hotel and Kimpton, as well as established brand favorites like aloft and InterContinental 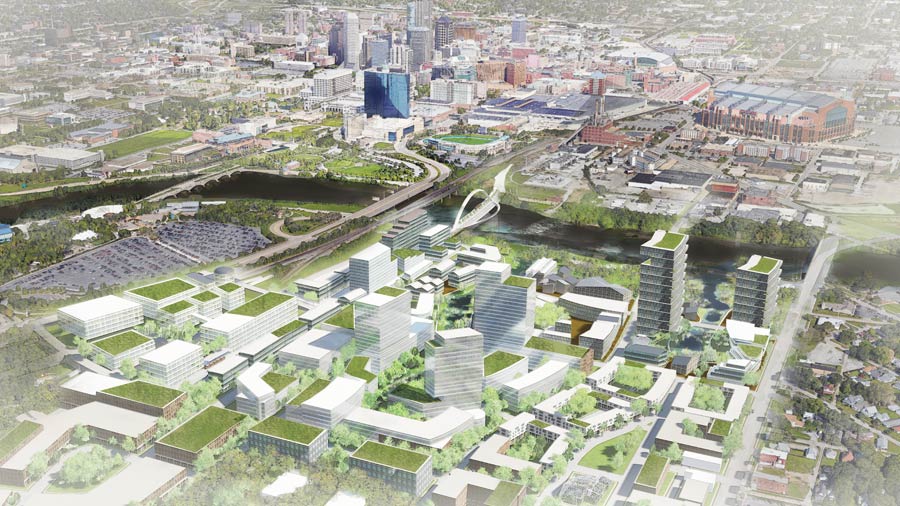 A 100-acre site within a 10 minute walk from the convention district is primed for mixed use and visitor-centric expansion. Indy’s new Waterside development will embrace its waterfront location and direct connection into White River State Park. 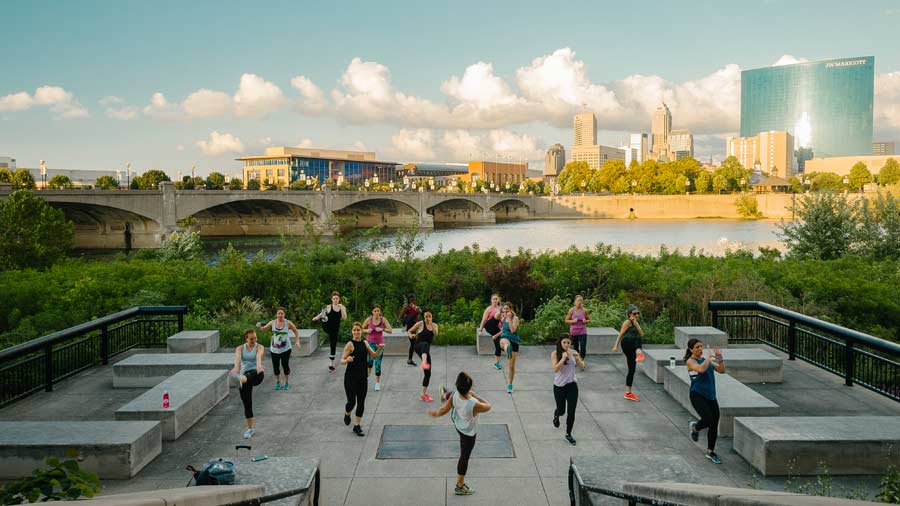 A national design firm has been charged with activating more than 58 miles of the White River that flows through the heart of the city, connecting more than 60 points of interest and creating recreation opportunities for visitors and residents alike. 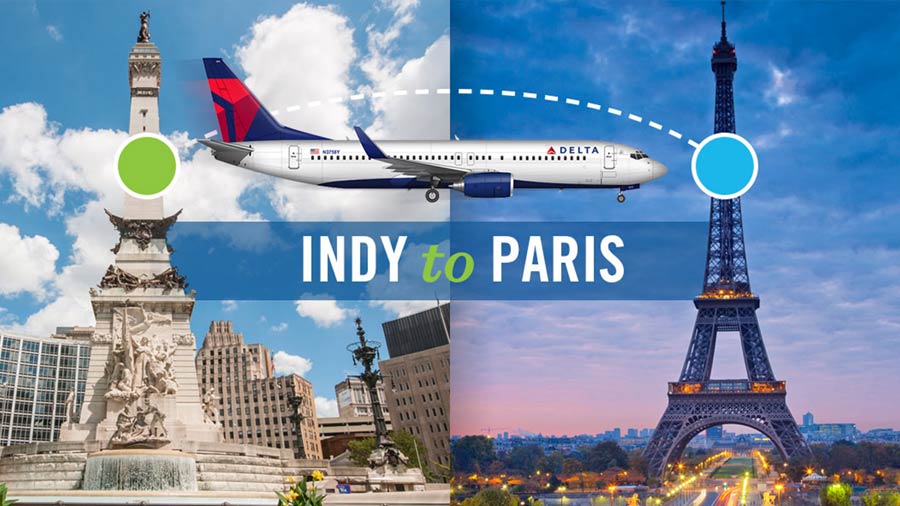 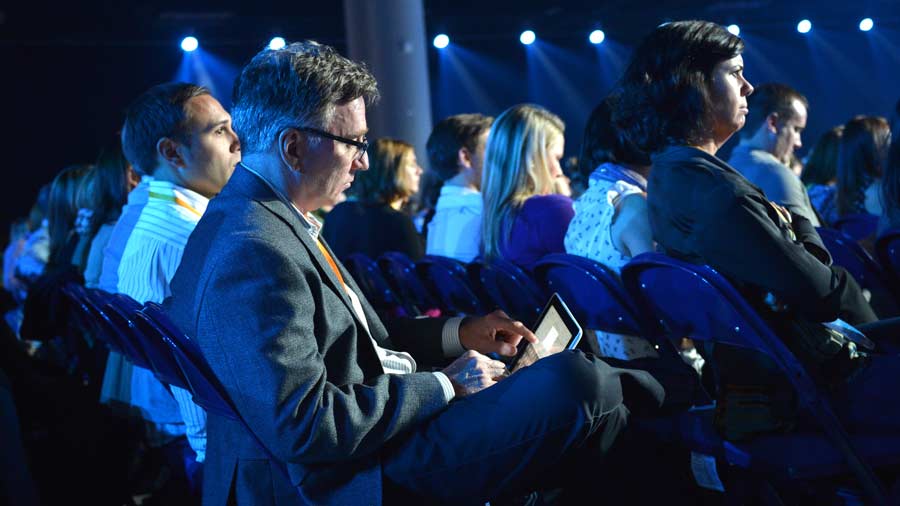 The Indiana Convention Center now offers free WiFi service in the facility’s public areas, including the existing food courts and lobbies A through K. The new, free WiFi service provides guests attending events the ability to check email or surf the web in the public areas of ICC, outside of the exhibit floor, meeting rooms, and ballrooms, where attendees tend to congregate and get online most.
SUBMIT RFP
Originally posted by www.VisitIndy.com
by Mark Dallman
0

Blog
Negotiate “Your” Hotel Contract, Not Theirs

Next post How To Attract New Event Revenue And Sponsors

How To Attract New Event Revenue And Sponsors
""
1
Previous
Next