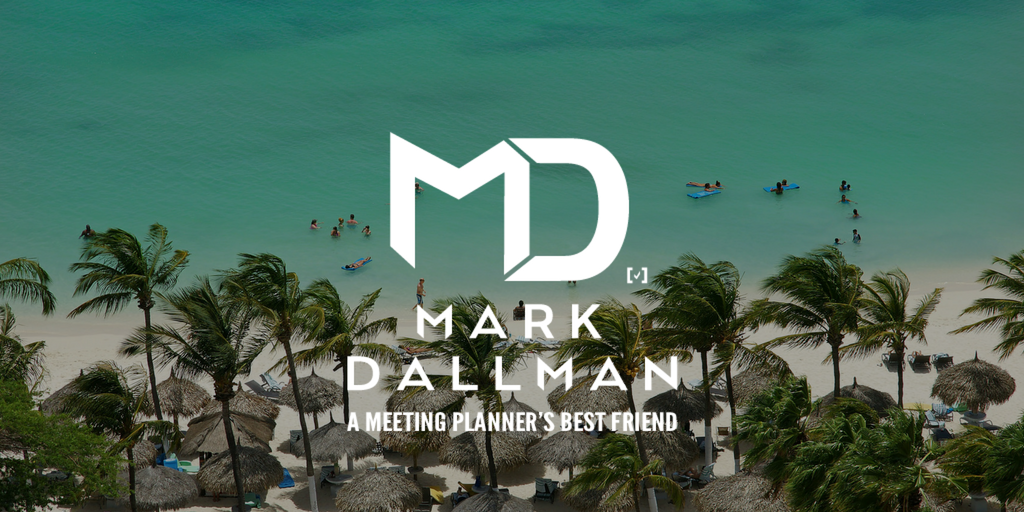 I have espoused many times that the Caribbean is one of the most amazing places in the world. My recent trip to Aruba to do site inspections further cemented my love for this amazing region. Aruba is a tiny island, it is about 20 miles long and six miles wide at its very widest point. Located about 18 miles north of Venezuela, and along with Bonaire and Curacao makes up the ABC island group (it is also the beginning of that awful Beach Boys song Kokomo, which you now will have stuck in your head for the rest of the day). Aruba is situated below the hurricane belt, and near enough to the equator to have a very steady climate all year round. Much of the island is a desert, you would be forgiven for thinking you are in Tucson at times, but then you see the sparkling Caribbean sea beyond the cacti and rock formations.

The Aruba airport was extremely nice, one of the more impressive Caribbean airports I have visited. Clean and modern, it had great airlift from all over the US, as well as daily flights to South America, Central America, and Europe. You clear US customs there, so you arrive back here as a domestic flight. This makes it very easy to budget time for any needed connections.

There are six major hotels in Aruba, five on Palm Beach and the Renaissance in town. The Renaissance is about 5-10 minutes from the airport, anchored by a casino and a high-end mall. They have 411 sleeping rooms in two different towers (one exclusively for adults and one for families), with 22,000 square feet of meeting space between the buildings. The rooms are beautiful, decorated in distinct Renaissance style. My favorite feature of the hotel is their private island. Since they are situated directly in town, they do not sit on a beach. So they have boats that pick the guests up directly in the lobby, and takes them to a private island, about a ten-minute trip away from the hotel. I spent a couple of hours here, in a hammock overlooking the stunning azure water, with nothing to disturb my tranquility except for a few pelicans and flamingos. I could definitely get used to owning a private island.

As mentioned, the other five major hotels are all situated on Palm Beach, about ten minutes from downtown and twenty minutes to the airport. The Riu and Riu palace is a large hotel complex but does not really have any meeting space to speak of, it is more a leisure all-inclusive and I would not consider it for groups. 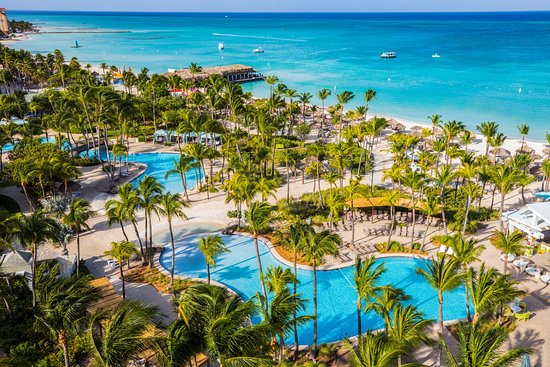 The Hilton was the formerly the Radisson and is undergoing a renovation of the lobby and all restaurants, which will be completed by December 2015. The hotel has 355 rooms and a ballroom of over 8,000 square feet. The footprint of the hotel is huge, with lush gardens and a huge expanse of beach. The rooms were recently renovated, but with Hilton coming in, they will be bumped up a few notches to better represent the brand. This was a very nice hotel with one of the better outdoor areas on the entire island. Each room has a balcony, with either a garden or an ocean view. Directly across the street from the Hilton are over a dozen or so restaurants and bars, giving your attendees plenty of options after hours. 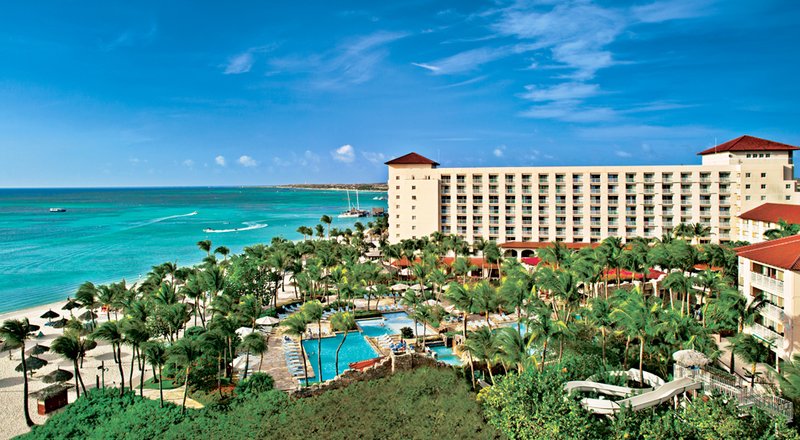 The Hyatt Regency has 357 rooms, but only about 9,000 square feet of function space. In high season, it is very difficult for them to accept any large groups. 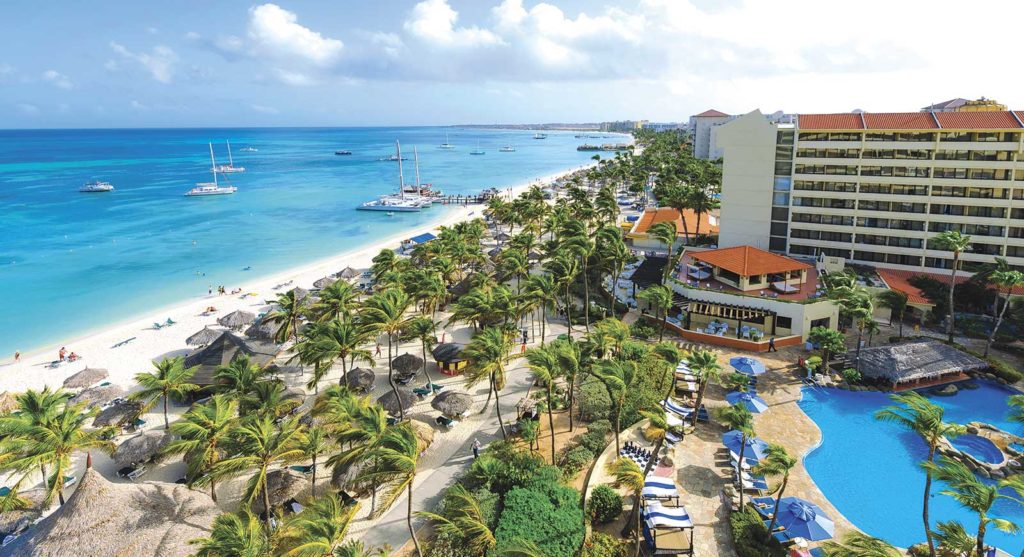 The Barcelo –  This is an all-inclusive hotel and has 368 rooms. Once the upgrades are completed, it will likely be a nice hotel. This is another hotel I would recommend right now more for leisure guests. 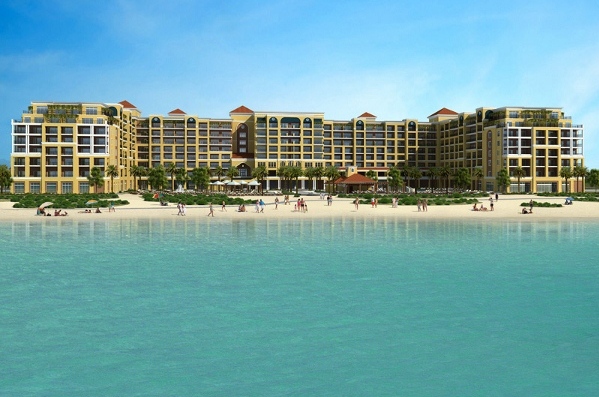 At the far end of Palm Beach, are the Marriott and Ritz Carlton. The Marriott rooms are huge, each over 500 square feet. The décor is upscale and elegant. They also have the largest casino in Aruba on the island. They have 388 rooms, and several large pools. The Marriott has ample meeting space for about 400 people. The lobby was bright and airy, extremely inviting. Overall, the Marriott was a very impressive hotel. 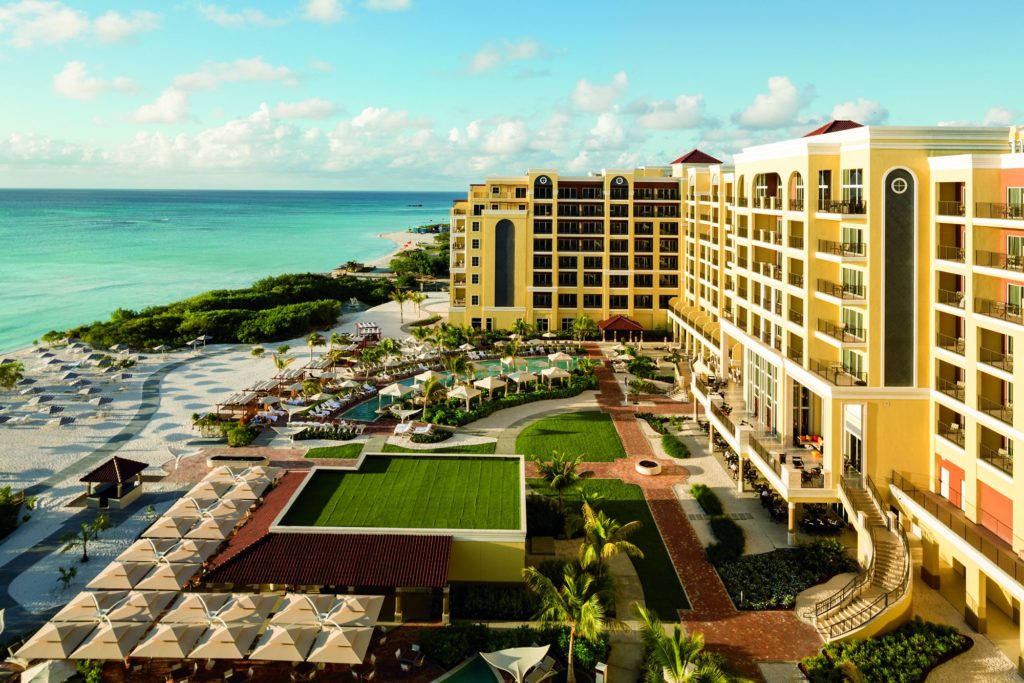 The Ritz has 320 rooms and is the last hotel on Palm Beach.

While in Aruba, we met with two excellent DMC’s, Eco and Epic. Both were outstanding and had exceptional attention to detail.

I really enjoyed my first visit to Aruba. The island was safe, clean, and very accessible. The consistent weather makes it an ideal destination all year. Since so much of the economy is dependent upon tourism, the vast majority of the very friendly people there speak English (along with three other languages). The dollar is accepted everywhere, and I found the beaches to be top notch. The restaurants we went to were beyond awesome, some of the best fine dining I have had anywhere. I look forward to returning soon.

Destination Review
10 Ways to Save Money on Your Next Event

Previous post 10 Ways to Save Money on Your Next Event

Next post Find Out Third Party Benefits: Use HPN Global to Send Your RFPs

Find Out Third Party Benefits: Use HPN Global to Send Your RFPs
""
1
Previous
Next