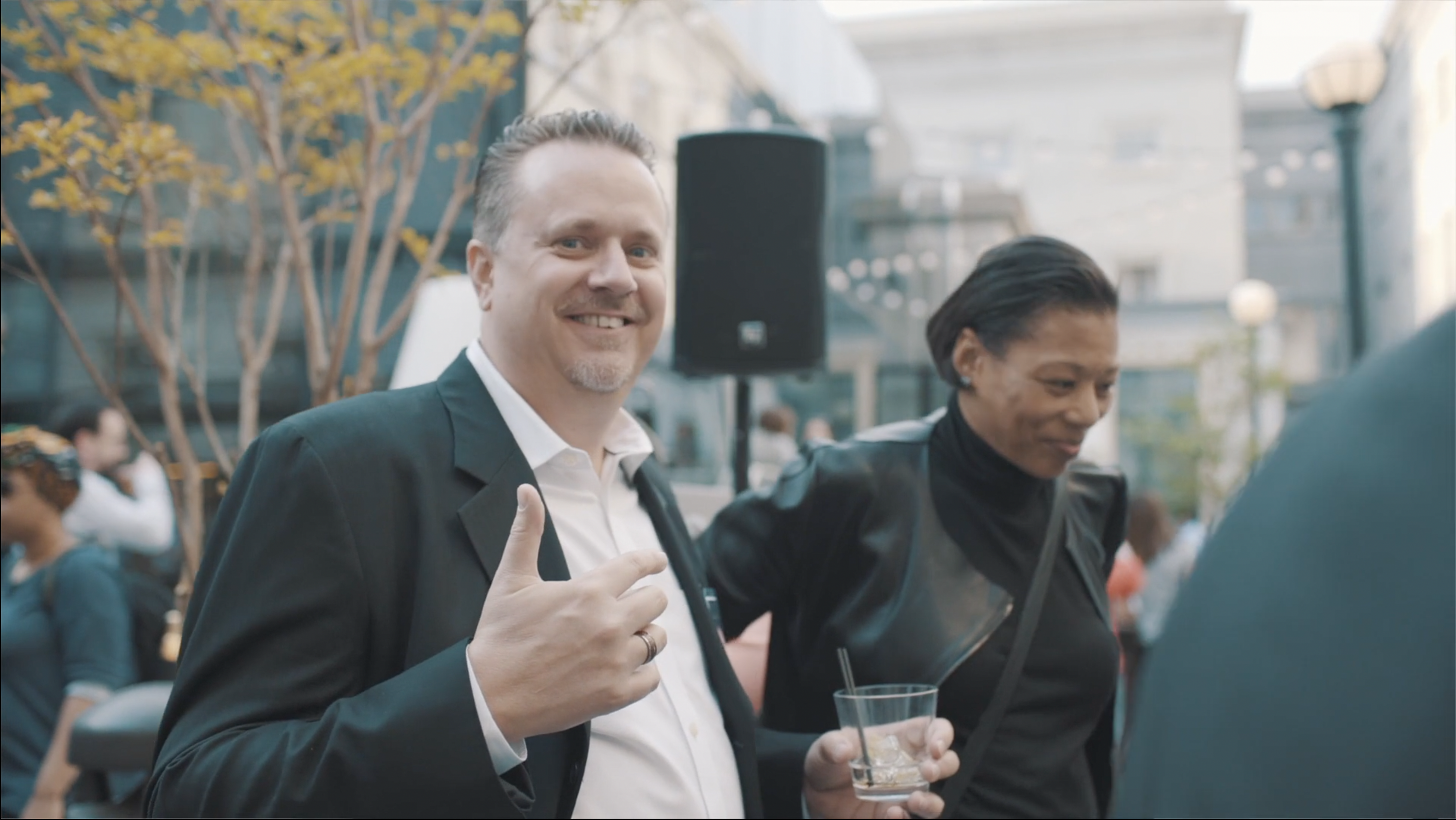 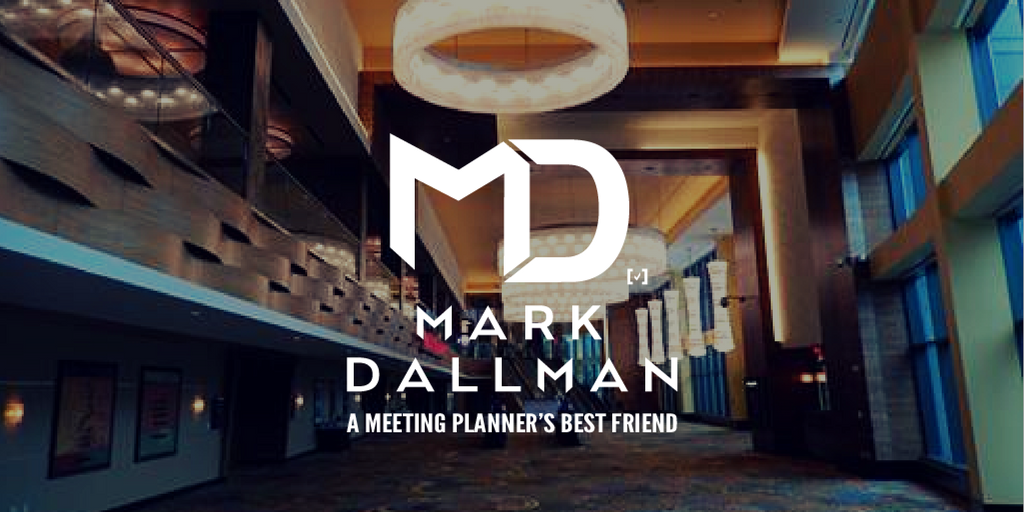 Last week, I had the chance to visit Foxwoods and Mohegan Sun hotels, both in Connecticut. Very impressed by both hotels, although they are similar products, they are completely different. 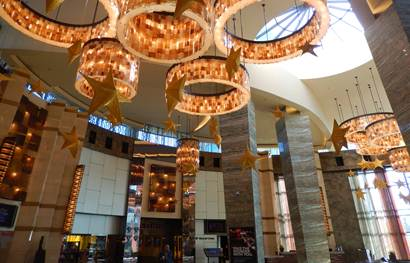 Lobby of the Fox Tower at Foxwoods

Foxwoods is celebrating their 25th anniversary, and the hotel is amazing. The whole complex has about 2300 rooms spread over five areas, but the majority of the rooms are in the Fox Tower and the Grand Pequod tower, both adjacent to the meeting space. They put my entire group of 550 into the Fox Tower, which was just steps to the meeting space. I really liked their meeting space, the way it was laid out and the size of the space itself. On the ground level is the Premier Ballroom, a 47,000 square foot space that divides into eight sections. The function for this area is huge, with two -three-story windows overlooking a very large terrace. The second level has a few smaller breakrooms, and then you have the 15,000 square foot Celebrity ballroom and some additional breakouts on the third level. It is all very compact and quite functional and flexible for groups of all sizes. We had all of the meeting space, which made it a great fit. I loved the signage they had throughout the area. 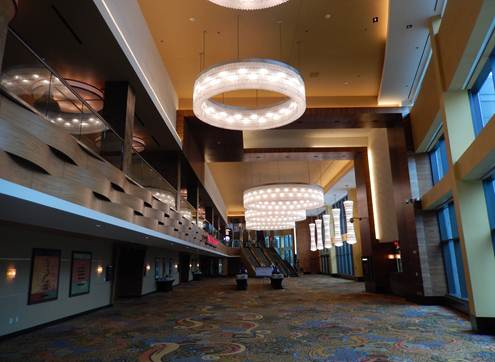 Once you are at Foxwoods, there is really no need to go outside. The whole complex has six casinos of varying sizes and combined is the second largest casino in North America. I am very sensitive to smoke and never smelled smoke once while I was there. The banquet food was really good, and there were at least 50 restaurants in the whole complex. They range from huge outlets like Sugar Factory to quick service restaurants. It reminded me of the Venetian Palazzo complex in Las Vegas, just an upscale resort with far more things to do than you have time for.

We had an evening event at the large upscale bowling alley that is between the two towers, which was an excellent and well-run event. Later in 2018, Foxwoods will be opening a large three-story go-cart venue that can also be bought out for large groups, as well as an almost one mile long Zip Line from the 32 floor of the Fox Tower. Cannot wait to try this experience when I go back. In addition, there is a Tanger outlet mall attached to Foxwoods. The Fox Tower also has the Shrine nightclub, one of the hottest nightclubs on the eastern seaboard. Loved this hotel, and will look forward to working with them much more in the future.

To get there, I flew into Providence airport and it was about a 40-minute drive to the resort. You can also fly into Hartford, and it is about an hour from that airport. This is about the same time it takes me to get to a downtown hotel when I fly into Chicago, LAX, Dallas, Orlando, Miami, Denver, and dozens of other US cities. Providence was a small airport but very nice and ever so efficient. It took me nine seconds to go through security when departing. 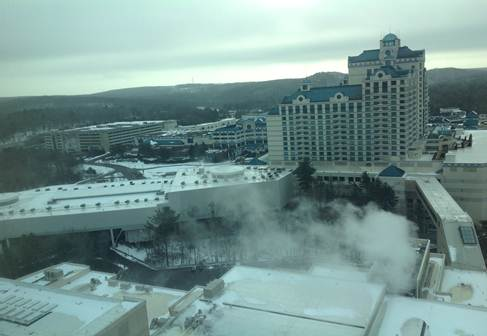 The Pequod Tower at Foxwoods.

While I was in the area, I wanted to visit Mohegan Sun to see the differences between the two hotels. They are about 15 minutes away from one another, and an Uber ride was under 20 dollars. While close to one another, they are worlds apart. Mohegan Sun has 1600 rooms and is much more themed than is Foxwoods. It sits on the banks of the Thames River, just not the one in London. The central point of the hotel is a massive waterfall just behind the hotel lobby. 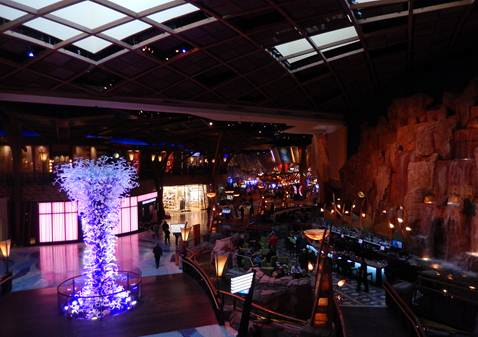 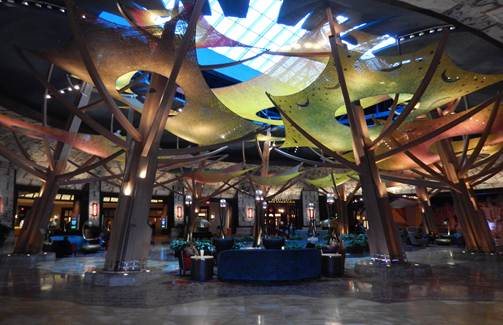 Mohegan Sun also has about 50 restaurants, including Michael Jordan’s Steakhouse and a huge Irish pub. The current meeting space is highlighted by the 38,000 square foot Uncas ballroom, 14,000 square feet of pre-function space, and supporting breakouts on the floor above. On the other side of the hotel, will be their new convention center which will open later on this year. I did a hard hat tour of this space and was impressed by the size of it. This will have a 125,000 square foot exhibition center, two ballrooms that will be 38,000 and 20,000 square feet, and several smaller breakouts. 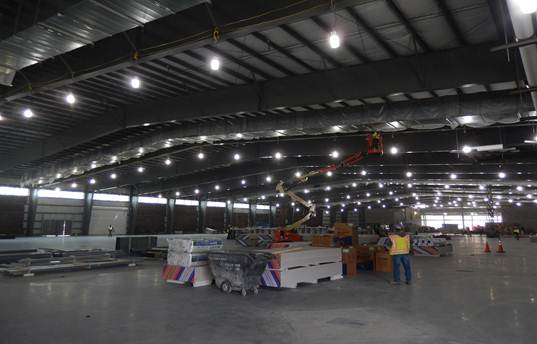 The tradeshow and exhibition space at Mohegan Sun – Opening June of 2018.

They also offer some non-traditional space including a 400 seat cabaret theater. Mohegan Sun has a 10,000 seat arena that gets a lot of big-name concerts and this space is also where the WNBA team that the tribe owns plays. 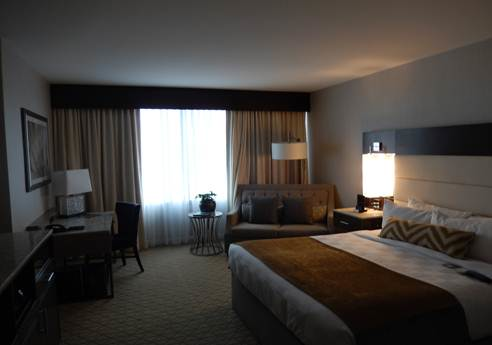 Sleeping room at the Earth tower of Mohegan Sun

Both Foxwoods and Mohegan Sun hotels were very nice, had free parking, multiple golf courses, massive casinos, a spa, and more restaurants that you could eat at if you stayed there three weeks. Mohegan Sun is a little more tribally themed, but both were very impressive hotels. My group loved their experience at Foxwoods, and have resigned for next year as well. Mohegan Sun has no unions at all, while Foxwoods only has the card dealers and cocktail servers unions, nothing relating to meetings or events. This made food and beverage costs quite cheap compared to heavier union cities like Chicago or New York.

Next post 10 Ways to Save Money on Your Next Event